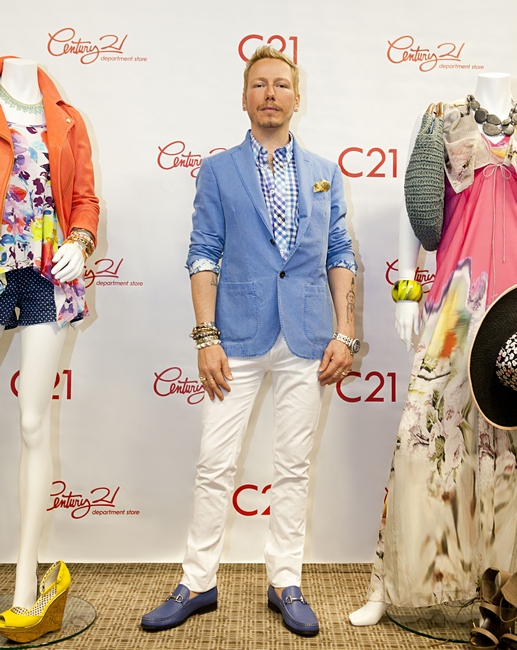 If you’ve watched Gossip Girl or The Carrie Diaries, you’ve seen Eric Daman’s work in action. He’s a top notch stylist and costume designer who has made actresses look phenomenal on screen. Eric has also collaborated with top brands like Swarovski, DKNY and Charlotte Russe— creating coveted limited edition collections that have flown out of stores. Now Eric Daman’s been selected to be Century 21 Department Store’s latest brand ambassador, lending his expertise on what to buy and how to wear this summer’s hottest styles. I got a chance to meet Eric at the newly expanded Century 21 flagship store. CONTINUED

This entry was posted on June 5, 2013, 4:38 pm and is filed under Century 21 Stores. You can follow any responses to this entry through RSS 2.0. You can leave a response, or trackback from your own site.