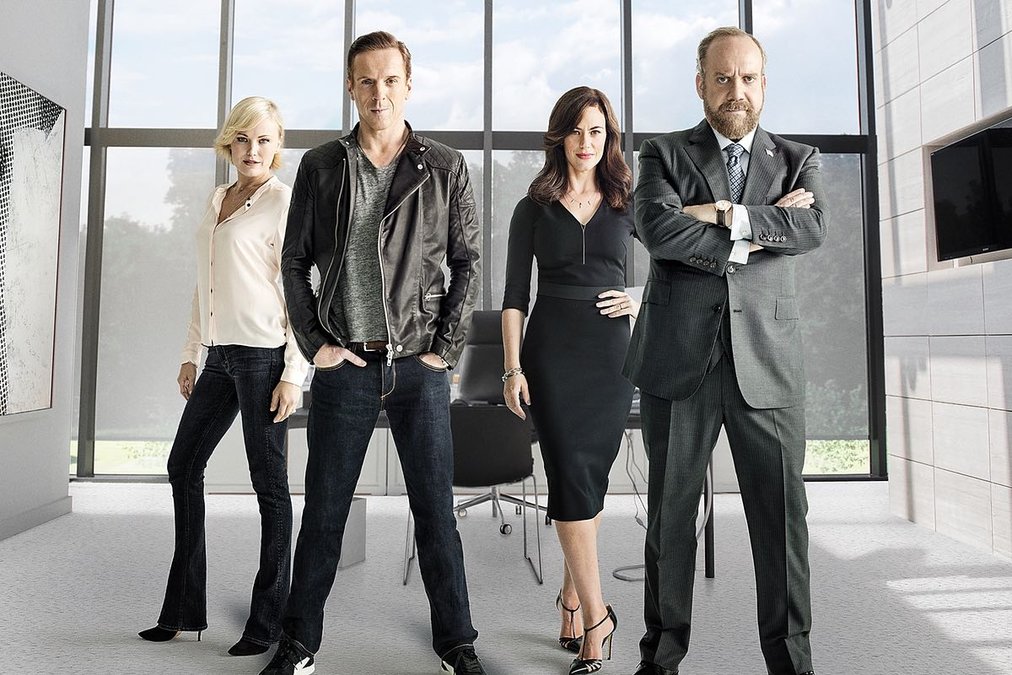 Emmy® and Golden Globe® winners Paul Giamatti and Damian Lewis portray adversaries in Billions, a high stakes game of cat and mouse in New York’s world of politics and finance. Shrewd, savvy U.S. Attorney Chuck Rhoades (Giamatti) and the brilliant, ambitious hedge fund king Bobby “Axe” Axelrod (Lewis) are on an explosive collision course. Each uses all of his considerable smarts, power and influence to outmaneuver the other. Maggie Siff and Malin Akerman costar, clearly wielding more control than their husbands admit to, in this timely and provocative dramatic series. 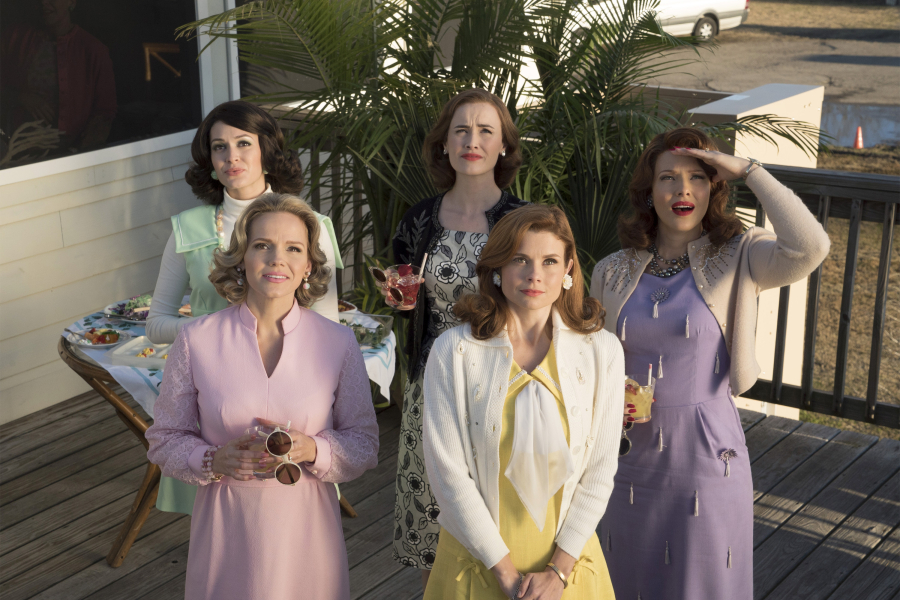 Astronaut Wives Club is a 2015 ABC television drama series, based on the book by Lily Koppel, focused on seven women who were key players behind some of the biggest events in American history. When the space program’s death defying missions launched their husbands into space, the lives of the astronaut wives were transformed overnight. In becoming American royalty they rallied together, while their celebrity rose, and when tragedy touched their lives. 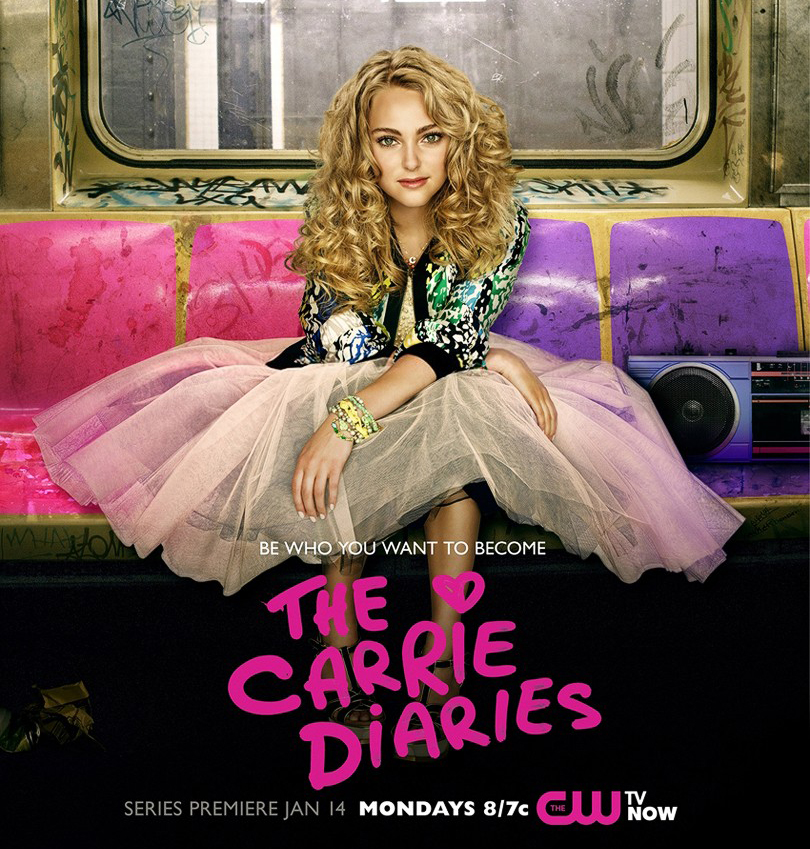 The Carrie Diaries is an American teen drama television series on The CW. It is a prequel to the HBO television series Sex and the City and based on the book of the same name by Candace Bushnell. The first season of the show focuses on Carrie Bradshaw during her junior year of high school in 1984, and she explores life in New York while interning at a law office. On May 11, 2012, the pilot was picked up by The CW to series and premiered on January 14, 2013. 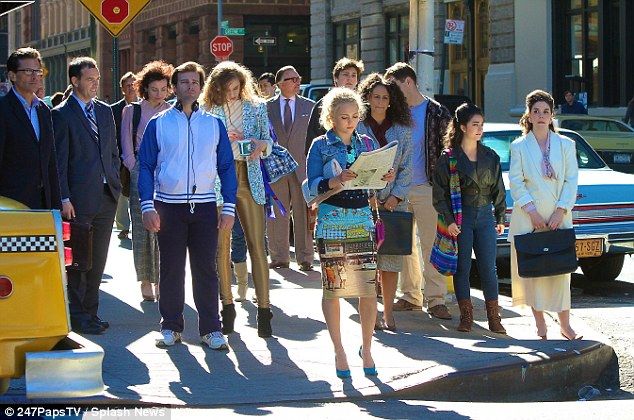 THE CARRIE DIARIES COSTUME DESIGN: The Best Of The Carrie Diaries Fashion

In ‘The Sex And The City’ prequel Eric Daman both reinvents and “pre-creates” the legendary wardrobe Carrie Bradshaw became known for, as well as looks defining characters introduced by ‘The Carrie Diaries’ series… (+more) 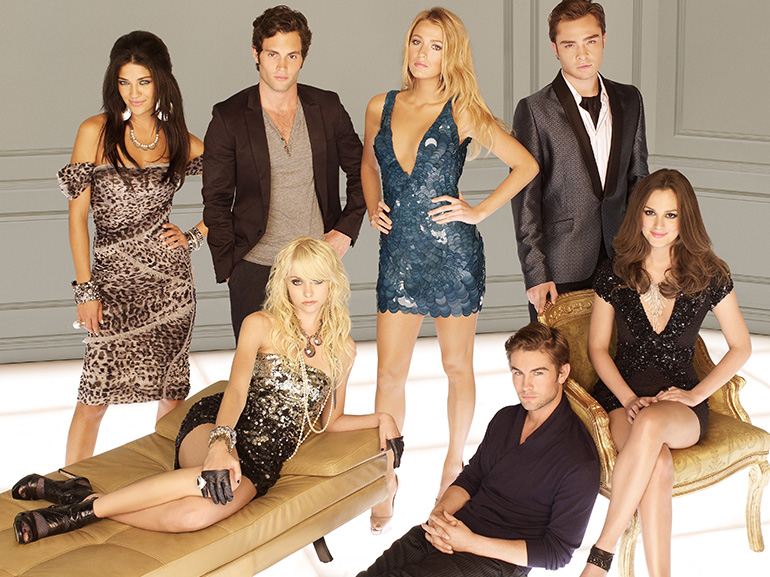 Gossip Girl is an American teen drama television series based on the book series of the same name written by Cecily von Ziegesar. The series, created by Josh Schwartz and Stephanie Savage, originally ran on The CW for six seasons from September 19, 2007 to December 17, 2012. Narrated by the omniscient blogger “Gossip Girl”, voiced by Kristen Bell, the series revolves around the lives of privileged young adults on Manhattan’s Upper East Side in New York City. 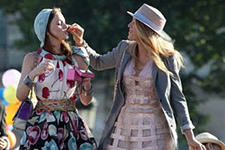 Currently styling ‘The Carrie Diaries,’ Eric Daman is the costume designer responsible for the signature styles of some of TV’s most fashionable characters. Daman reveals a few favorite looks… (+more)

Some people just can’t handle Halloween! Wren, a troubled but whip-smart teen girl loses her oddball little brother Albert on Halloween, she has one desperate night to track him down. Stars: Victoria Justice, Johnny Knoxville and Chelsea Handler. Where can you find a movie with Spider-Man, the Hulk and Aaron Burr?

In June, 1983, in Dutchess County, New York, Sebastian Cole joins his mother, step-father, and sister for dinner. Hank, Sebastian’s step-father, drops a bomb: he announces he’s changing sexes. Sebastian’s sister splits immediately for California, and his mother takes him back to England. Jump ahead eight months, Sebastian is back in New York, knocking on Hank’s door. Hank (now Henrietta, although all the surgeries aren’t complete) takes Sebastian in and is his rock over the next few months of high school. Sebastian’s “adventures” are mostly self-destructive. 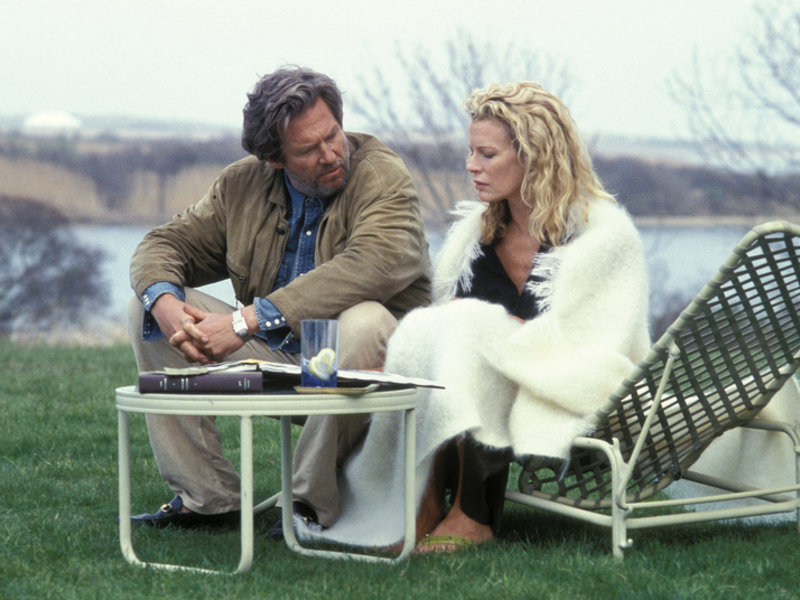 THE DOOR IN THE FLOOR

Alternately tragic and comic, an exploration of the complexities of love in both its brightest and darkest corners. Adapted from John Irving’s best-selling novel A Widow for One Year, the film is set in the privileged beach community of East Hampton, New York and chronicles one pivotal summer in the lives of famous children’s book author Ted Cole (Jeff Bridges) and his beautiful wife Marion (Kim Basinger). Their once-great marriage has been strained by tragedy. Her resulting despondency and his subsequent infidelities have prevented the couple from confronting a much-needed change in their relationship. Eddie O’Hare, the young man Ted hires to work as his summer assistant, is the couple’s unwitting yet willing pawn – and, ultimately, the catalyst in the transformation of their lives.

Lori Cranston (Sophie Traub) is a confused fifteen-year-old dreamer in search of an escape from her troubled home life. She discovers and becomes enthralled with Eric (Jon Foster), a young man with a violent past. As they embark on a harrowing journey, a hardened local cop (Russell Crowe), who has been following Eric for years, is intent on exposing him as a serial killer before Lori’s fate is determined.

A psychological thriller based on the concept of anamorphosis, a painting technique that manipulates the laws of perspective to create two competing images on a single canvas.

Trailer for Forty Shades of Blue by Ira Sachs. As James is a legend in Memphis, a white man who produced black music back in the 60s and 70s, the heyday of Memphis Soul. Now in his later years, hes still living the high life in a comfortable house in the right part of town. He lives with his girlfriend, Laura, a Russian beauty whom he met on tour in Moscow. Laura spends most of her time alone, raising their three-year-old son, Sam. A stranger in Memphis, she lives a comfortable but alienated life. Alan also has a grown-up son, Michael, with whom he has a complicated relationship fuelled by jealousy, disappointment and anger. When Michael returns home for the first time in many years the initial hostility he radiates towards his fathers girl develops into something much more, and a messy, dangerous affair ensues. In the bars and bedrooms of this very contemporary city, a love triangle forms, illuminating the hearts and souls of these three tangled lives.

Stars Anthony Lapaglia in the title role along with Isabella Rossellini and Viola Davis in a harrowing and ultimately human story of two very different families. Leo Waters (Lapaglia) is an idealistic architect and patriarch of an affluent, suburban Chicago family. Tonya Neeley (Davis) is a pragmatic activist who is trying to keep her family together while living in one of the city’s most drug and crime-infested public housing projects. As part of her ongoing campaign to have the projects torn down and decent housing built in its place, Tonya decides that the one signature she needs more than any other on her petition is that of the projects’ original architect, Leo Waters.

A dramatic comedy about a self-induced attention-deficit disordered, learning disabled, Tourette’s syndrome suffering, balance impaired, ex-alcoholic young man from the Upper East Side of Manhattan and the gold-digging girl who inspires him to try to get it together.

Isaac Knott (Nick Stahl) is a Public Radio reporter in New York City. When he was eight, his mother and father died in an automobile accident that left him in a wheelchair. On air, Isaac recounts how he recently received an anonymous tip from someone identified only as “Ancient Chinese Girl.” She tells him a perfectly able-bodied man walked into an emergency ward downtown, and attempted to bribe a doctor into amputating his leg. As Isaac investigates the eerie tip, he encounters Fiona (Vera Farmiga) who, through her own quandary, leads Isaac to a netherworld of people afflicted with a perverse desire to be disabled. Like a contemporary noir detective film, we follow Issac as he embarks on a dream-like journey to pull back the veil of what makes people feel whole.