The models take a field trip to the Bates Motel set from ‘Psycho’ at Universal Studios and discover this week’s challenge is to display “crazy” for photographer Miguel Starcevich. Eric Daman styles the photoshoot and appears as a guest judge with Tyra, Andre and Nigel. 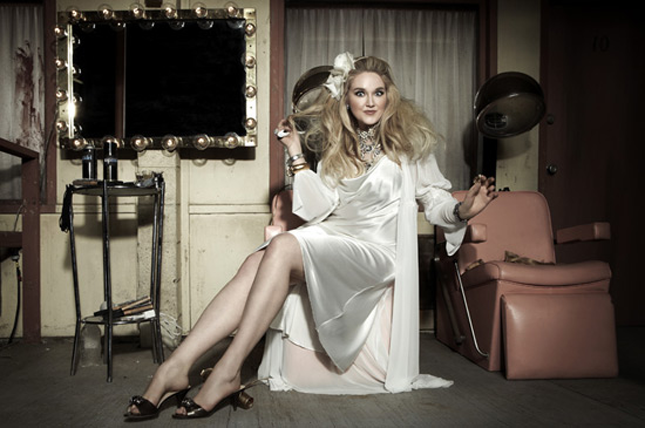 Andre thinks the shot of Kasia posing in a slip with crazy hair is reminiscent of a “mad socialite at a hair salon in the South”, adding that she looks “absolutely deranged”. Nigel loves that Kasia’s eyes are nearly popping out of her head, adding to the sense of crazy. Eric agrees that her body language is great and likes the risks she took on set. 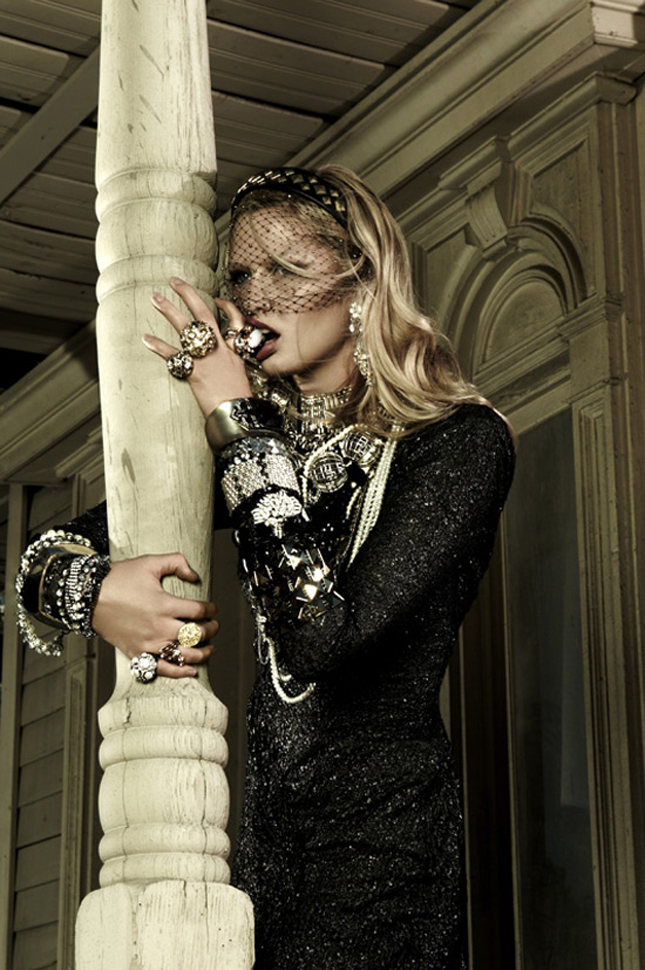 Nigel thinks her photo shot on the porch of the motel is “very cool and interesting”, adding that she has sold him the product. Tyra agrees there is a great “sensuality and lunacy” to the photo. Eric points out that Molly was awkward at the beginning of the shoot because of the sheer number of accessories weighing her down, but says that the final shot is great. 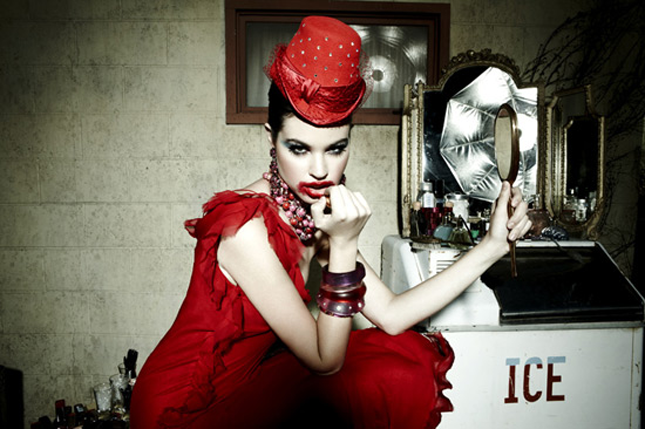 Andre calls the picture of Jaclyn clad in a red dress with red lipstick smeared over her mouth “gorgeous, mad, comedic, wonderful, brilliant and very edgy and editorial”. Nigel describes it as the best photo of Jaclyn he has ever seen, comparing her to The Joker from Batman. Tyra agrees, and adds that the entire film was full of good pictures to choose from.

Eric thinks she had a hard time settling into the shoot and finding a high fashion pose in the midst of all the shopping bags, and the final result isn’t as good as he hoped. Tyra doesn’t think Mikaela went crazy enough, which makes her wonder if she understood the assignment, explaining that they wanted a “certain look of paranoia or being dazed or obsessed”. 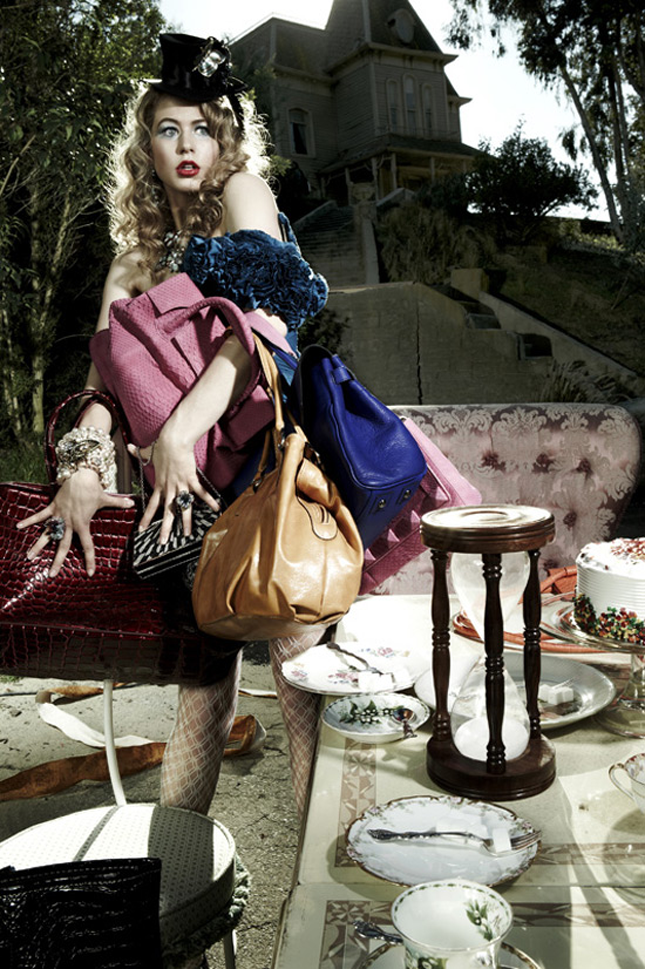 Andre thinks that she looks “absolutely mad” in her tea party-themed photo, joking that it’s almost as though she is trying to sneak away from the party with a bunch of handbags. Tyra calls it “absolutely fantastic” but points out the entire film wasn’t strong. She advises Hannah to work on her timing so that she is giving her best when the photographer clicks.

Check out all the looks Eric styled for America’s Next Top Models and read Lara Martin’s full recap of the episode at www.digitalspy.com!