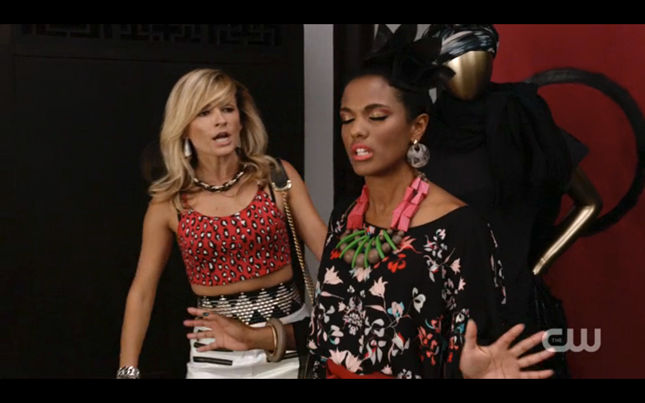 THE BEST OF ‘THE CARRIE DIARIES’ FASHION: Larissa’s most outrageous outfits!

“STRINGS ATTACHED” Season Two, Episode 3: Drama ensues when Carrie tries to introduce Larissa and Samantha. The two almost come to physical blows, but it’s their fashion that really clashes. I told MTV Style “Samantha flaunts her video vixen style disrupting Larissa’s zen palette. She throws a 1-2 punch in her rockin’ leopard tank, white wash micro mini and studded belt!Larissa on the other hand, gets her couture claws out in her Asiatic ensemble: a floral kimono inspired tunic gets Larissa-fied with a wooden statement necklace and origami fascinator.” Get the full report by Maeve Keiran on style.mtv.com!

BACK TO THE BEST OF ‘THE CARRIE DIARIES’ FASHION