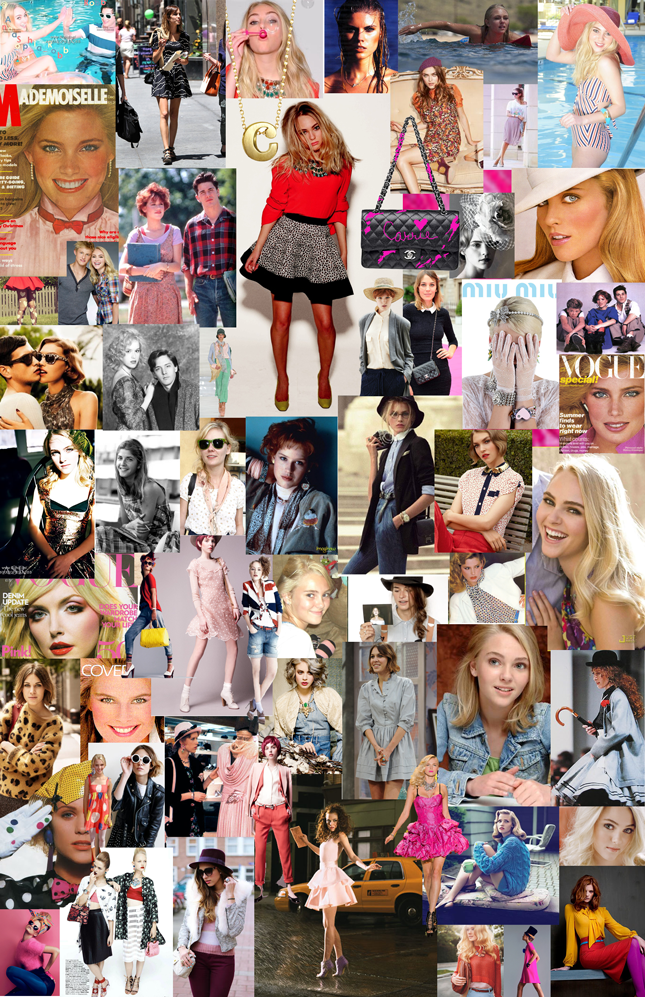 ‘The Carrie Diaries’ costume designer Eric Daman drew ’80s fashion inspiration from a variety of sources, as shown on his 80’s Carrie Bradshaw board here. Alexa Chung, Molly Ringwald, Kelly Emberg, Kim Alexis, even the actress who plays Carrie herself, AnnSophia Robb, as a bit of prep, a dash or quirk and a little vintage to create signature style. 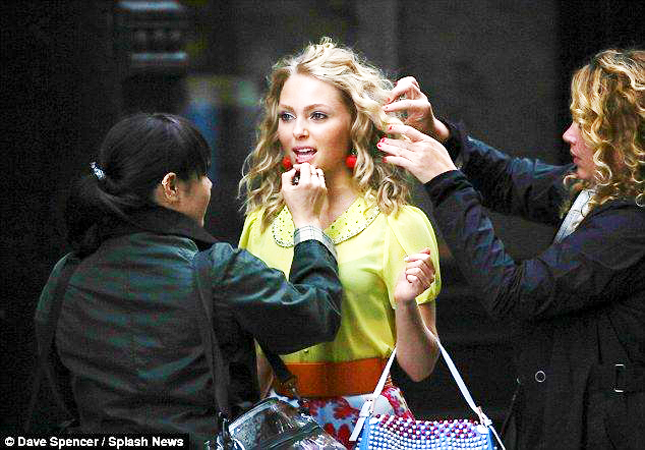 Carrie Bradshaw played by Annasophia Robb in 'The Carrie Diaries' gets a hair and make up touch up on set in New York City.

Annasophia Robb and Lindsey Gort get to know each other as Carrie Bradshaw and Samantha Jones on ‘The Carrie Diaries.’ 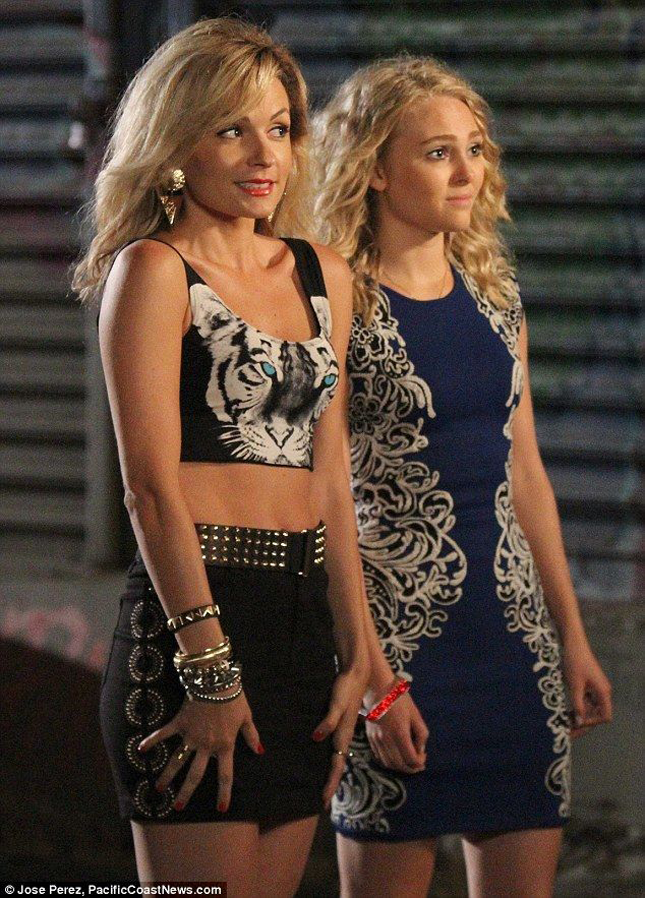 The two actresses looked like they were trying to climb up onto a fire escape until they get busted.

BACK TO THE BEST OF ‘THE CARRIE DIARIES’ FASHION